Its that time of the month again! Ew no not that, I mean movie night! Actually it ended up being more of a movie day. It's been so hot lately that after playing in the paddling pool (again) we relaxed with an afternoon Matinee showing of Toy Story. Which is obviously awesome and an automatic 10/10!
Anyway with movie night comes smoothies, popcorn and Daddy's homemade pizza...Yum 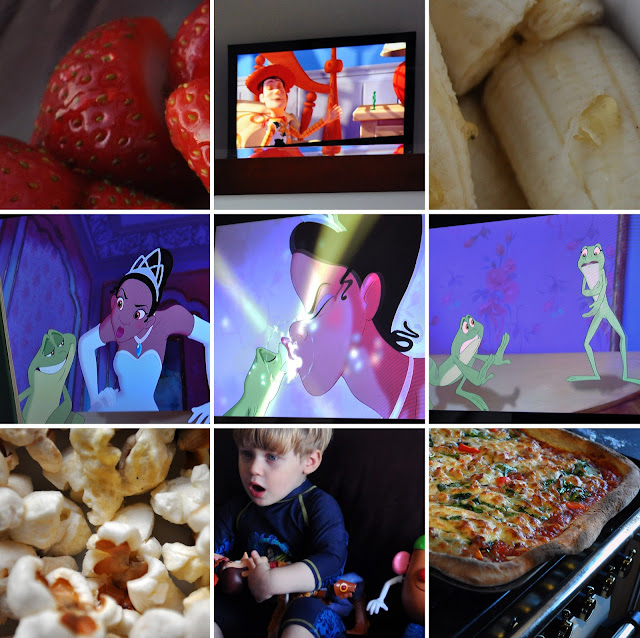 So this time the boys chose the princess and the frog. What? They did!...Okay I 'may' have dropped some subtle hints as I hadn't seen it yet but they really wanted to watch it honest.
It was of course excellent. I liked the message of wishing for your dreams upon a star (a classic Disney idea) but with the added 'you still have to work hard for your dreams to come true while not forgetting what's important along the way.' The only thing was the shadow creatures were a tad scary so we had to skip through the odd scene here and there. But I wouldn't change it, the highs and lows are what make a really good film. Our movie night score 8/10
Now once the boys were in bed it was still movie night for us adults. So we settled into it with a warm apple cider. Which was weird considering it was so hot outside. However even if the weather is in denial I'm determined to embrace Autumn a little... 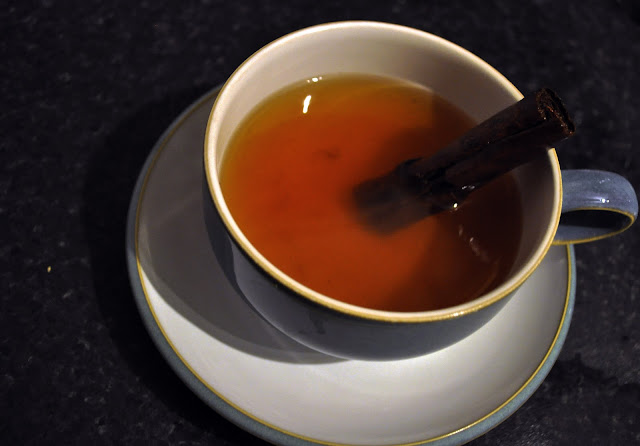 This time we chose Arthur (the remake with Russell Brand)... I was enjoying my Apple Cider so much that I didn't take any photos *hic* so excuse me while I borrow some images...
Now I was not expecting to like this movie. It's only that I can't resist the cheeky charms of Russell Brand that got me watching it. I really liked the original movie and I'd heard not so great reviews about the remake. Early on in the movie I thought no way is this going to work. It was so crazy and over the top. But once you stop comparing it to the original you can enjoy it more. I found myself laughing out loud here and there and darn it if Russell went and won me over! He's like Marmite that dude. You either love him or you hate him and I freaking love him.
It's not going to win an Oscar any time soon but for light hearted fun and warm happy feelings in tummy it did good. Movie night score 6/10
Posted by Sian at 12:01