Brace yourselves, I'm about to get vulnerable. 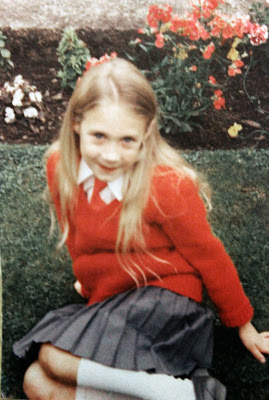 When I was 10 years old I auditioned for the school play. It was an all singing play and I thought I could sing pretty good. But when it was my turn I could feel the other children watching me. I got nervous, my voice shook and I didn't sing the way I knew I could. Then I asked if I could audition with someone else. With added courage of someone stood next to me I sang properly along with them. The teacher said 'Wow Sian why didn't you sing like that before'. I got the second lead and I was quietly pleased.

During the weeks leading up to the play I went on holiday and while I was away my understudy (the girl who sang with me in the audition) stood in for me during rehearsals. The first week I was back, the lead singer walked straight up to me and told me my understudy had done really well while I was away and that she should take my place.

I was hurt and accepting. You're probably right I thought, she will be better than me. Everyone will be thinking that it should be her instead of me.

I went to the teacher and told her I no longer wanted the role that she should have it. The teacher tried to change my mind but I was adamant. There was fear in there too. It was easier to opt out and let someone else step forward in front of everyone. You know the old...

What if I'm not good enough?

This memory haunts me a little. I really wish I had owned the lead I earned. I wish I had been brave and stood on that stage and sang. I could tell you countless stories of me doing this exact thing in different situations as I grew up. Where I step aside and amicably agree that I am probably less than everybody else...

I know that I am afraid of looking stupid.

I know that I often let other people take the lead.

I know that i'm afraid to fail so instead i'm kind of standing still.

I know I'm afraid it's too late to do things I dream about.

I tell people all the time that I'm forgetful, useless with numbers, terrible at organising, clumsy, etc etc etc Seriously I'm all look at me, here are all my faults just in case you think I'm not aware of them, I am.

Unsurprisingly they often start to agree with me.

What the hell is the matter with me? I wouldn't talk to my worst enemy like this. But I can't stop. I have invested a lot of time and energy into this behaviour. It's deeply ingrained.

I have noticed that as the boys have got older especially now they are at school i'm starting to do the same with them. Not in the things I say to them but to myself and to my friends. I point out the things they struggle with because:

a, so I don't sound smug going on about how amazing I think they are

b, so they know i'm aware of it and therefore won't think badly of me for it.

I don't focus enough on their kindness, how well they have slept since they were 6 months old, how well they eat, Isaac's drawing and imaginative play, his incredible knowledge of Dinosaurs, Lucas' strength and physical skill or how much they love each other and play like best Friends. The only place I do that is here on this blog and it fuels me like no other. That should tell me something...

At the end of Isaac's first school year just before this summer the teacher told us Isaac was behind in reading, writing and maths. They had only just noticed and didn't think there was enough time for him to reach his expected levels in the remaining weeks. I was a little bit devastated. One of the other mums laughed and said 'ooh and you were a teacher too.'

I was hurt and accepting. She is right I thought it's all my fault. Sound familiar..?

Poor Isaac. I went in to panic teacher mode, making up activities for him every evening including flash cards. He moaned that he was tired but did it anyway. He made his levels in the end except in maths. But at what cost? Me forcing him, pushing him and placing my own fear about his progress on to him when that is the very thing I vowed not to do last time I had this freak out and the time before that. Clearly its an ongoing issue...

But what if he struggles like I did with numbers and other children make fun of him?
What if struggles like that are part of life and make us stronger more compassionate people?

What if i'm not good enough?
What if I am?

I know this is my issue not Isaac's. He is coming along beautifully in this little life of his.

But I still want to support his learning in the right way.

So while we were in Switzerland I gave Isaac a diary for him to draw and write about each day. This way he practices writing but in a fun way. I let him draw freely and write the words his way without interruption. Then I wrote what he had written correctly underneath to help but more so we could read what he was trying to say at that moment. It was so much fun and we love looking back at it. The best best thing about the diary is his drawings. They were awesome. 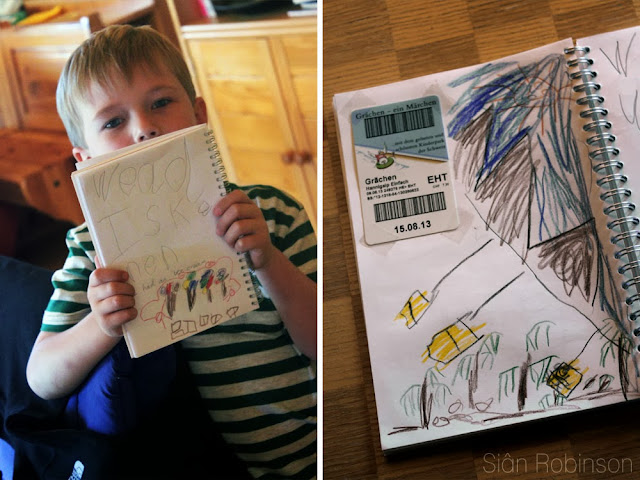 Then the other week I noticed Isaac suddenly lost the number 8. He just can't keep in his head what it is called. I ask him all the time and he can never tell me its an 8. He mixes up 6 and 9 too. But 8 is totally gone. I worried about this, did it mean something? And then remembered that this is stupid, he is 5 years old and I need to chill the heck out.


So I decided to do it a little more creatively, more our style so to speak... 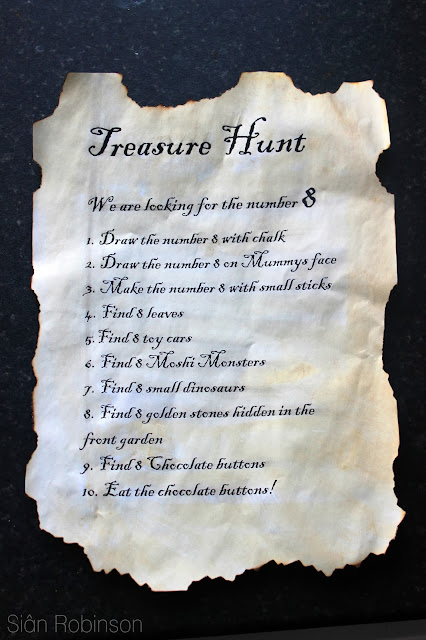 I may have spent ages spray painting rocks gold instead of doing much needed house work... 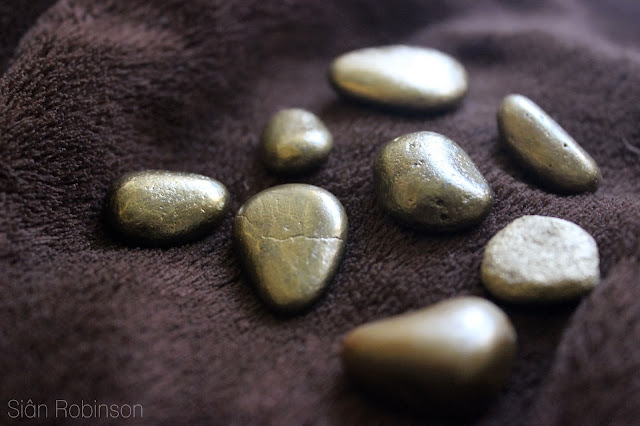 But the boys loved it. Quickly following the instructions and racing to find the items... 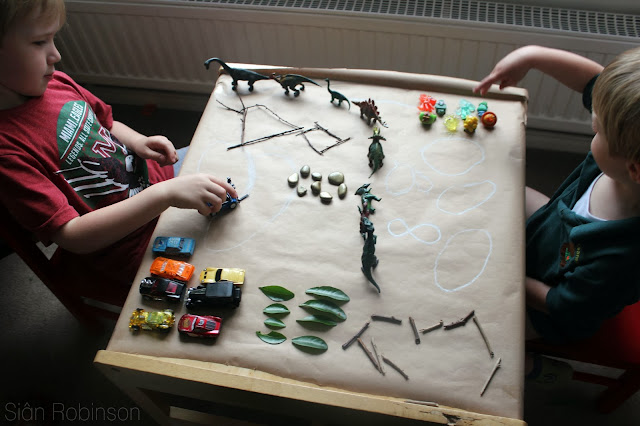 Isaac screamed in excitement when he found the Gold rocks in the garden.
He thought they were real... 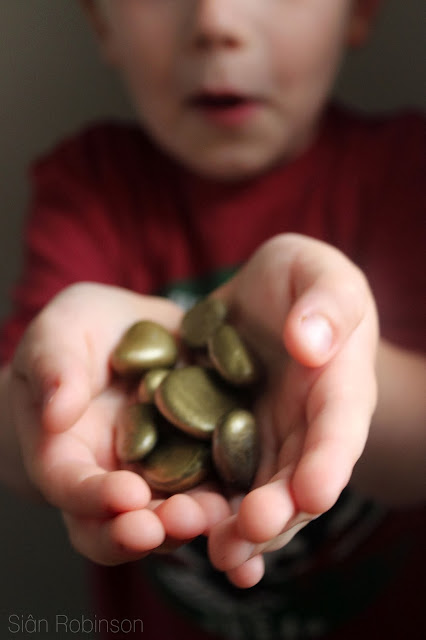 This is much better than flash cards and crazy pressure any day.

So after all this I confidently asked Isaac 'what number is this?' pointing to a number eight he had just drawn... 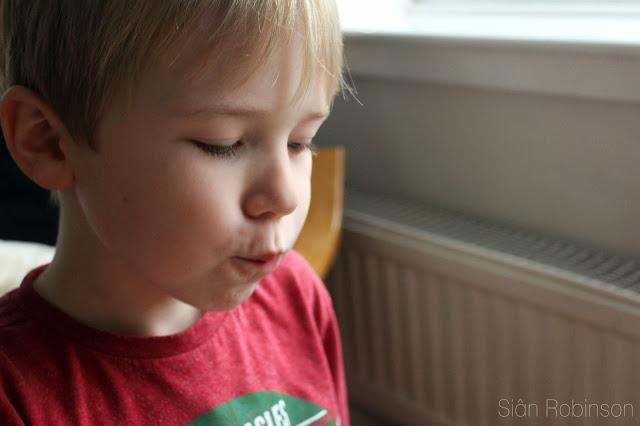 I mean I had to laugh.


Anyway my point is this...


I really need to stand up straight, walk onto that figurative stage and sing my song.

But much more important than that. I want to support my kids to be braver than I was, to walk on their own stage and show everyone who they really are. 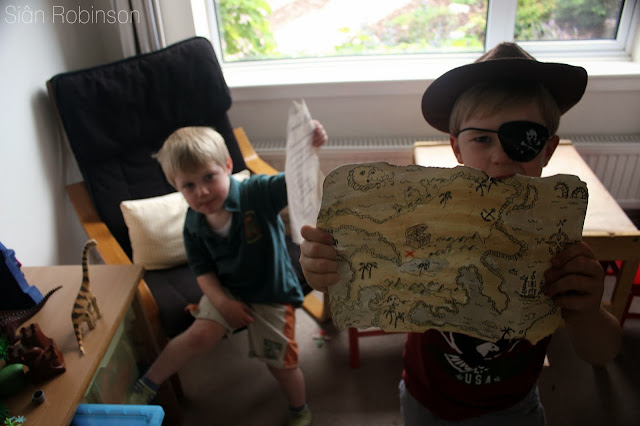 Because they really are fantastic...