Fear of heights and up a mountain...

Where we stay in Switzerland everything and I mean everything is high and seems to be on a steep crazy ass angle. In fact the village itself is half way up the mountains, itself higher than any mountain in Britain. Even the road up to the village is terrifying. Some days we are literally living in the clouds and higher than the birds flying by... 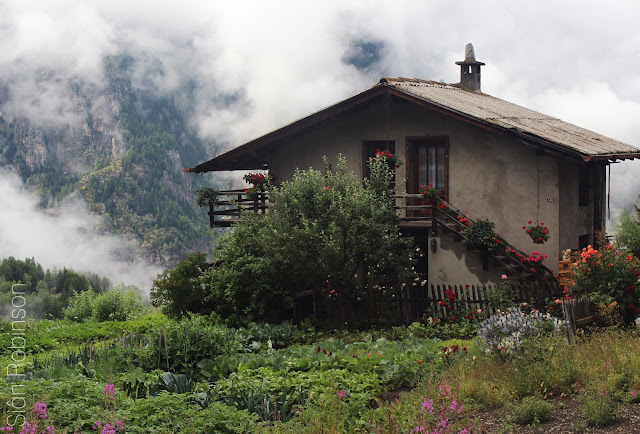 This isn't our Chalet but I kind of wish I lived there!
Everywhere we go involves death boxes cable cars and steep paths... 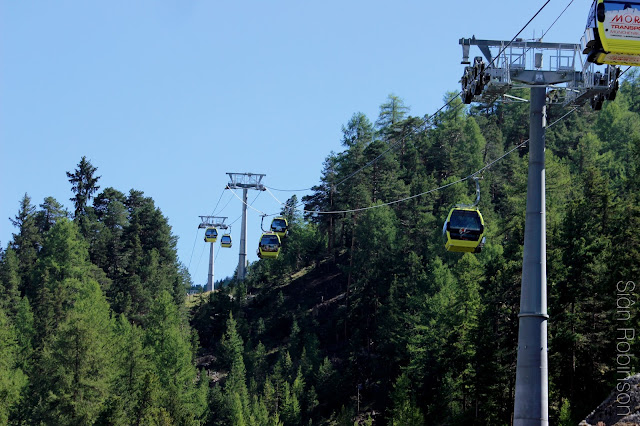 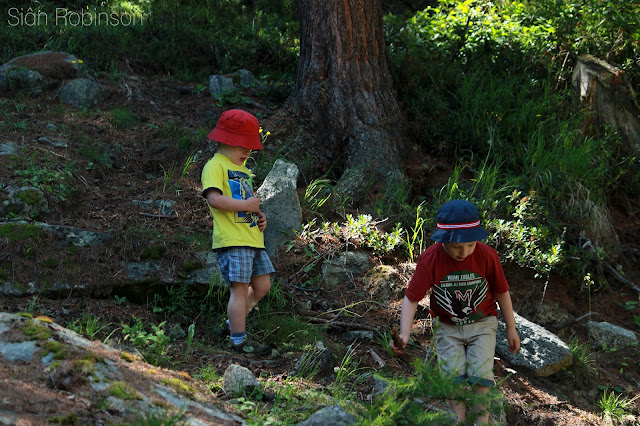 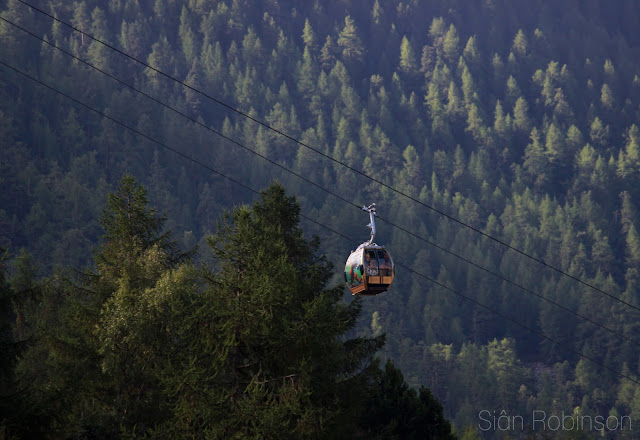 Needless to say despite finding beauty everywhere, I was tense a lot. 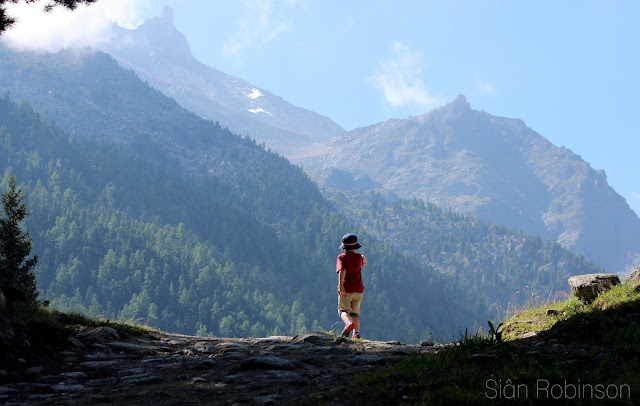 It annoys me that I'm now afraid of heights. Because I have stood on the tops of mountains before and it is the best. feeling. ever. It seems like this fear takes over me without my permission. Like it is something separate from me that happens to me rather than within me.
So when Tim's parents arrived towards the end of our holiday and offered to look after the boys for the day I suggested to Tim we go up a mountain.
Did I really do that voluntarily?
Admittedly it is a mountain that I have already climbed but it was before my fear of heights came to stay. But still I was myself surprised when the words came out of my mouth. I think I was hoping that without the boys there to worry about, I could conquer my fear.
It started off well as it is a beautiful route with stunning views... 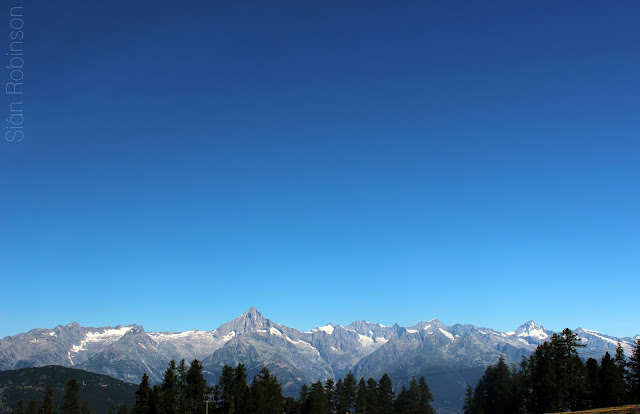 And very early on I thought hey I'm doing great! Maybe I'm over it... 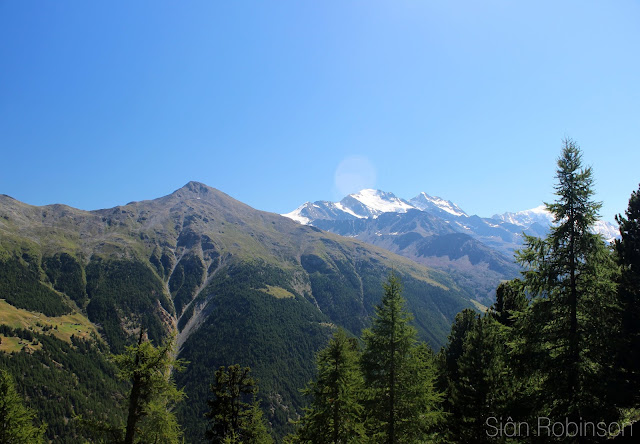 Nope my mistake, it's still there. Came round the corner and was like holy crap... 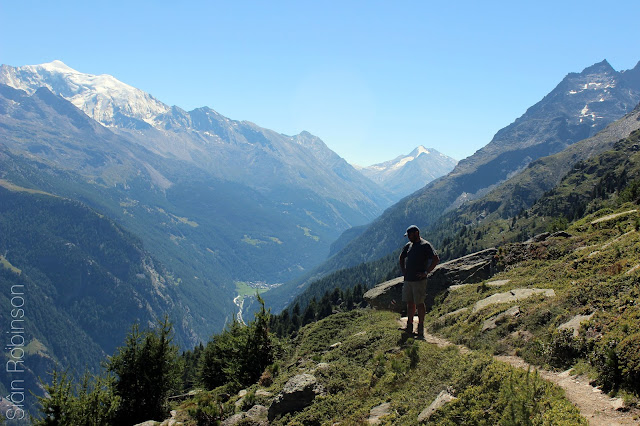 Ground moving, legs wobbling. So beautiful but can't shake the feeling i'm going to just roll down the mountain like a bouncy ball... 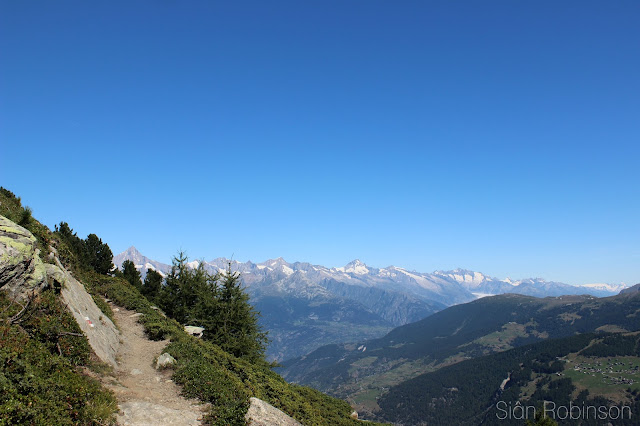 I Keep wondering what on earth possessed me to suggest a trip up the mountain. What was I thinking?!
But we keep going one step after another...
At one point I make the mistake of sitting down to take a picture. Never sit down. Getting up is so much harder once you have sat down and really looked at where you are. But luckily I did get up and the route, as I remembered it would, got better. 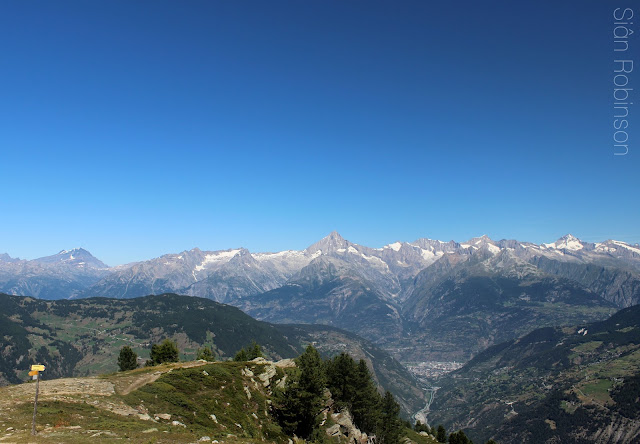 After that it was more about my body reminding me just how out of shape I am. Again I ask myself who's idea was this? Then I started thinking of you guys. And how I really wanted to show you what I was doing despite being afraid. So I edged out onto a rock and told Tim to take a picture. He said really?! And I was like 'yes really! Now take it before I loose my nerve!' I try to look cool about my situation, like its no big deal that I could plummet to my death at any moment.So don't say I never give you anything, this shot is for you... 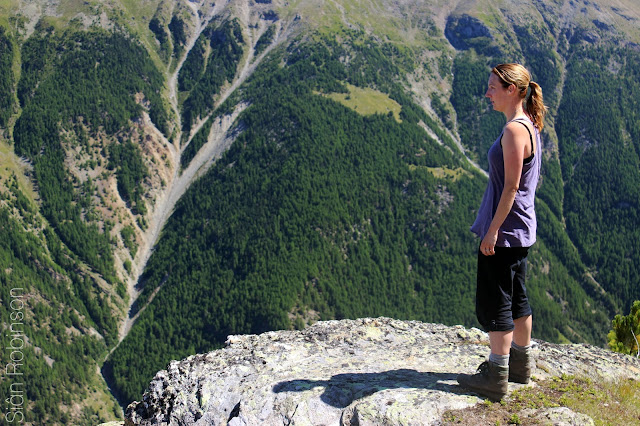 It doesn't look so much in this photo but there are sheer drops to the side of me. And in my head I was much closer to the edge.
We keep going and I spy the top (just by the lower sun flare circle) and I tell Tim that it doesn't look that far. He chuckles and says it's further than it looks... 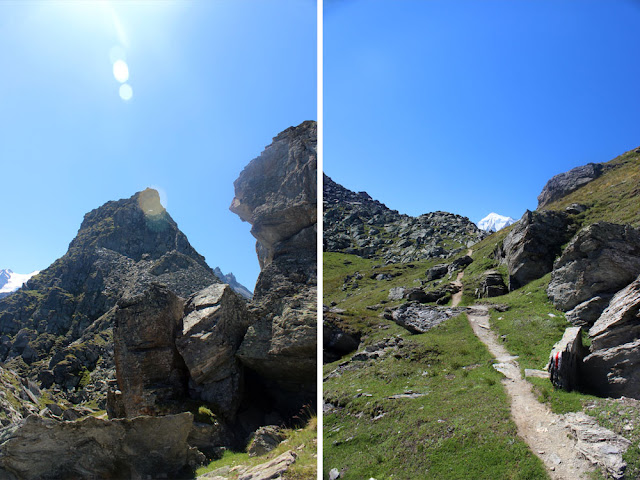 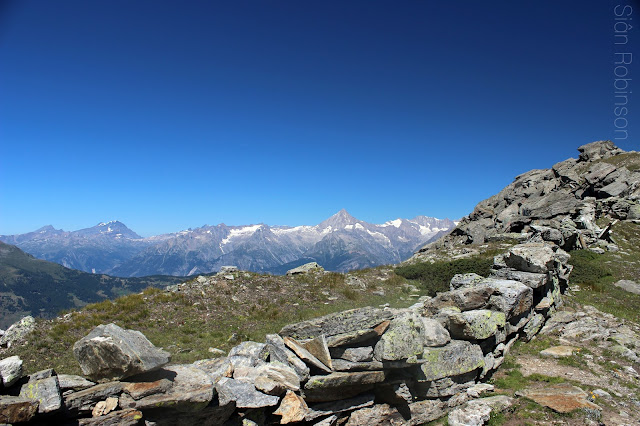 And it was. But before long we have to scramble and climb our way to the top. You have to be careful where you put your feet but I don't find this as scary. I pretend that I am fearless and can climb like a pro It helps me climb further. 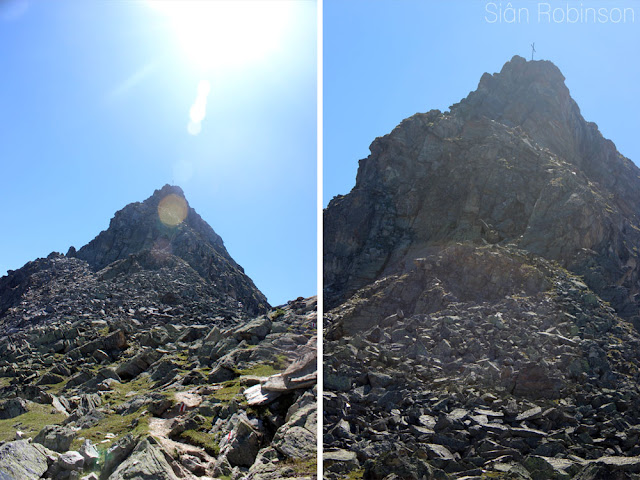 We see a young ibex on the way who makes it look easy... 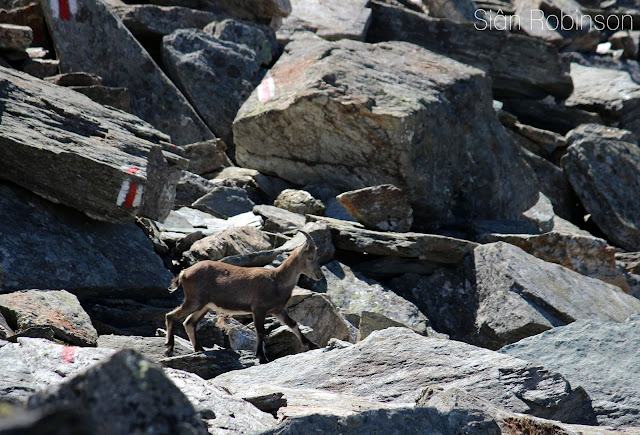 We didn't bring enough water for the both of us and I can feel it. It's hot and the final push to the top hurts. But as always once we get to the top I feel amazing. Like I can do anything. The pain is immediately forgotten. So I gingerly climb onto the very top rock to document this moment. I could lie down and look over the other side which is a sheer drop to the valley below. But that makes me dizzy so I stay where I am. 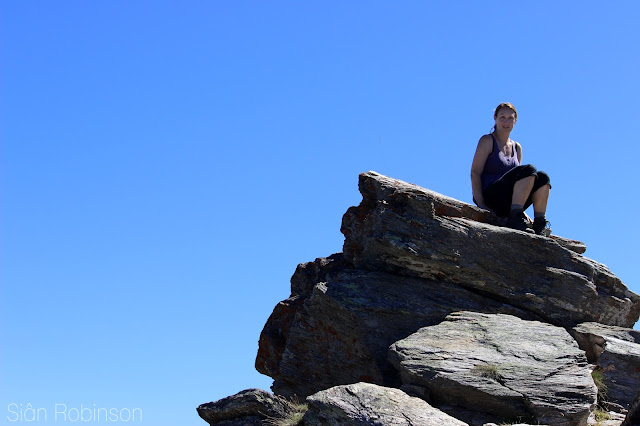 The journey down is difficult in a different way. We take an easier quicker route which doesn't induce as much vertigo. But we are feeling the lack of water and the pain in our shins from the downward steep path. I can tell I have many blisters. I dream about my first drink of cool water when we get down. I imagine how good it will feel and it keeps me going.
Once we reach the bottom all the pain very quickly disappears again and we feel awesome.Later that day Tim's dad asks me how I did with the heights. I tell him that yep they were there and at times I really felt it. But I feel proud of myself despite not curing my phobia. I know I'm still afraid of heights and I can't imagine re-trying that route that brought me to my knees all those years ago. But maybe one day...


So I will keep going up high because I am in love with the mountains. Well it's more of a love/hate relationship but i'm willing to work on it. 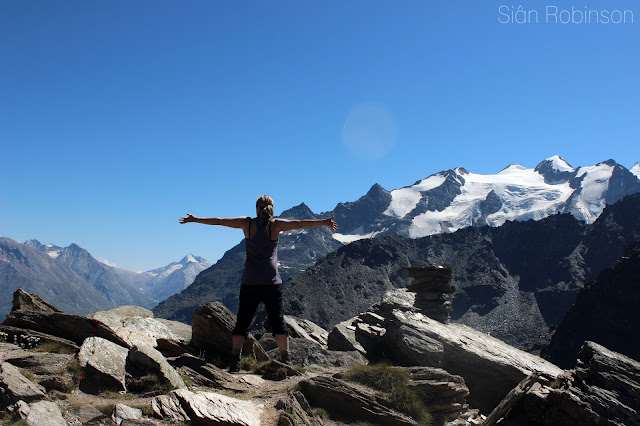