"Did you know that "math dyslexia" is real? It's called dyscalculia and has been approved in the medical world in the same category as dyslexia for decades. About 5% of the world is affected, but no one seems to know it exists. Because of that, very few people are getting the help they need. We need to change that! Spread the word - dyscalculics count too".

Time for some honesty.

For years I kept this secret.

I couldn't do maths no matter how hard I tried. Dyslexia runs in my family so maybe it was that. I was tested as a child and my parents were told I didn't have it. So I believed the only possible answer was that I must be stupid. This was hard to take especially as my brother was so intelligent and read maths text books for fun for Gods sake! I tried to keep up. I followed the academic route and did really well. Except when it came to maths. I remember my first day at secondary school when the maths teacher retested me in front of the whole class announcing that he couldn't believe I didn't get ANY answers correct. I took it again and by gosh I failed again! The whole class stared at me in disbelief... One word: Mortified

Another maths teacher nearly feel off his chair when he saw me sitting beside my brother at parents evening. 'You...And him?!.. he's your brother?!...He's so good and your so...' This stuttering went on for a while until my mother angrily changed the subject.

I could read and write well. I did well at school. It was weird how I was able to be very successful in all other subjects except this and so teachers just ignored it. Unlike reading and writing, an inability to do maths is something you can hide easily most of the time. You can learn by rote for a day for a test or something. The interesting thing is many people have tried to teach me over the years (including my brother) but it never stays in my head. Part of me hoped if I just tried hard enough I would be able to overcome it. I got a grade C GCSE because I worked and worked but it was all lost very quickly. I can understand very well when taught but I cannot retain it for long. My childhood maths books are full of pages or correct answers but a week or even a day later the answers are all wrong. But I kept fighting against it. I wanted to be like my big brother. I went the academic route, ignoring and underrating the things I was actually good at like drawing. I thought so I can draw, what use it that? I didn't even take Art GCSE (now that was stupid).

I qualified as a primary teacher. I really liked working with children but I think a part of it was still me trying to overcome it. To pass my numeracy teacher training assessment I taught my self over and over and over again. It was hard. The maths training was torturous and quite frankly embarrassing.  I took my numeracy test for teacher training 3 times before finally passing on the third go. When I passed I cried I was so happy. If I took it now I would fail, no doubt about it.

Take a breath Sian, time for the ugly truth:
I've learnt my times tables 100 of times yet I will never know them.
I cant count in 2s 5s and 10s. That's it.
Before my teacher training I couldn't tell you that if I had 7 that I need 3 more to make 10 without counting on my fingers.
Percentages/ fractions no chance...
I cant remember names, birthdays (not even my parents) or important dates in general (don't worry I've got Christmas down).

So that pretty strong evidence that I am in fact stupid right?

The annoying thing is I really like numbers. I like the truth of numbers. That there is a right or wrong answer. No fannying about in the middle. They just refuse to stay in my head even though I've tried so hard to be hospitable. A teacher once said to me 'its like you are in a foreign country and you are blind to all the maths around you.'

I used to freeze when someone asks a question involving maths, I would act like I'm working it out in my head. But really I was killing time hoping they will work it out first. You know like Homer Simpson when he's supposed to be thinking there's a picture of a donut in his head instead...hmm donuts...Actually with some time and no pressure I can sometimes get there but at the time I would panic and my mind would go blank. I also have trouble being organised and prioritising which conflicts with my perfectionist personality. Therefore I'm constantly frustrated and my house swings from being perfectly tidy to never has a room been more trashed in the history of the world.

However (we are getting there promise) it turns out I have something called Dyscalculia. Only 4 to 6% of the worlds percentage have it. Not being good at percentages i'm assuming that's good right? (just kidding) I found out when I was working as a teacher. Someone came to our school to talk to us about teaching children with learning difficulties. As she described Dyscalculia it was like she was describing my life! I literally pounced on her and asked if she would test me. It was a such relief! In fact many people with Dyslexia and Dyscalculia actually have high IQ's. Although I also read somewhere that Dyscalculia is defined as a form of brain damage. Which is...nice... Whatever its still a step up from Stupid! Whoop whoop!

Being diagnosed doesn't mean other people will stop thinking your stupid though. Most people have never heard of it. When I tell people they often don't believe me. People have said 'you couldn't have become a teacher if that were true', or 'your just saying that because you are a bit thick' (I kid you not and that was a teacher). Its where Dyslexia was years ago. I wonder how many children out there have Dyscalculia, thinking they are stupid and no one is disagreeing.

I have stopped trying to overcome it and have accepted it is part of who I am. You can improve with daily effort and I have, but it will never go away. I think it made me a better teacher though. I understood what it feels like to not understand so I would break it down simply. I only taught up to year 2 maths but I still had to teach my self for an hour before every lesson. The children in my classes knew all about my difficulty and it was no big deal. We praised mistakes saying it meant we were learning. I allow myself to make mistakes all the time now and don't feel bad about it any more. I no longer put myself down to others. Instead I am starting to do what I am good at. Taking photos, drawing and hoping one day for a job where I can be creative all day long. 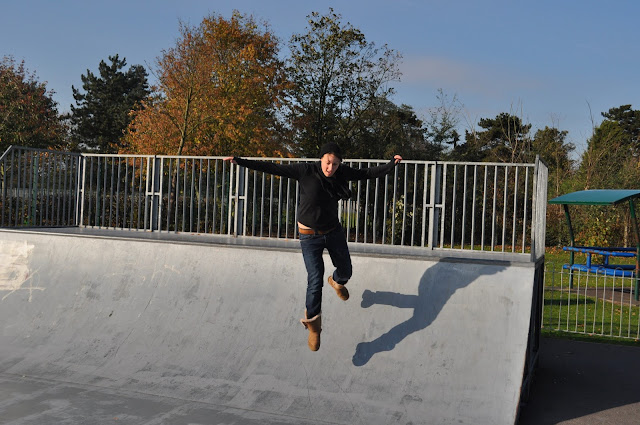