To thine own self be true...

'Find out what you really like if you can. Find out what is really important to you. Then sing your song. You will have something to sing about and your whole heart will be in the singing.'

(Robert Henri - The Art spirit)
Last week I took Lucas for his routine development check. Needless to say it did not go very well. Firstly he was in a mood. You know that whole saying 'no' to everything mood. He wouldn't look at them or do anything they asked him to do. I shuffled nervously in my seat. I could tell from their faces they were thinking 'oh we have a problem here'. He already has speech therapy because he is about 6 months behind talking wise. He has completely charmed her and she is confident he will catch up. But this health visitor was concerned about a few other things too. The way he holds his pencil and scribbles is immature. The way he builds blocks or doesn't I guess. I can't remember the rest. She even pointed out that he is very short. *sigh* well Lady there's not much I can do about that is there. She wants to see him in a couple of months and if she is still unhappy she will refer him to a doctor to assess what exact level he is at for everything. The sound you hear there was my heart dropping on the floor. My kid hasn't even started pre-school yet and he only just turned two. Shit! Anyway not wanting to leave a performance unfinished Lucas had a delightful tantrum when it came time to leave, making me carry him out kicking and screaming. Perfect.
And the day isn't over yet. I still had to pick up Isaac from Pre-school. We arrive there, Lucas is still giving me his best 'I'm being difficult today' moves. Then the teacher calls me in. Oh no. Apparently Isaac bit another child on the arm over sharing a toy. Yep. There is my heart dropping again. Not only that, in a separate sharing incident another kid smacked him in the face and cut his lip open (which might need stitches). Seriously?! As you can imagine I was feeling like the worst mum in the world right about then. The day didn't improve from then on.
But you know what? The next day I was over it. Well I wasn't but I decided I should be over it. I do not want to be one of those stressed out mums always trying to push and pressure my children to be something they are not. They haven't even started proper school yet. Yes Isaac needs to learn to share but from my teaching days so do most kids his age. And it's not like everyday I don't remind him to be gentle. Yes Lucas is behind, but do I want him to feel less than? Hell no.
So rather than stress out we broke out the bubbles. Because what's better than bubbles? 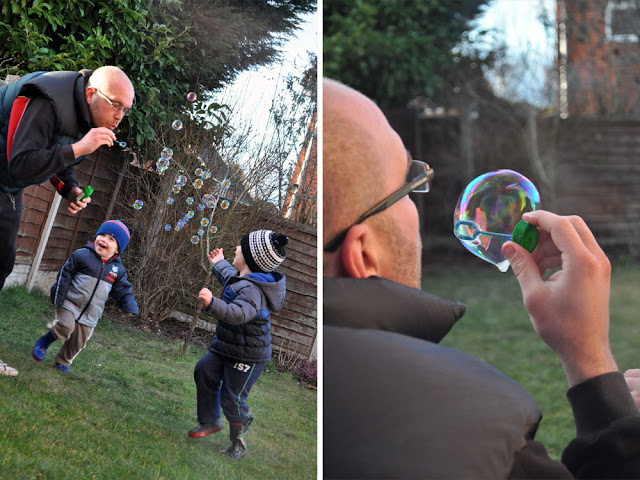 Hey I have some skill with the bubbles too... 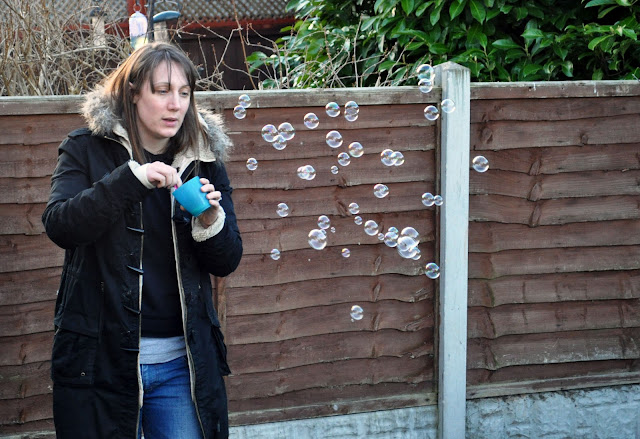 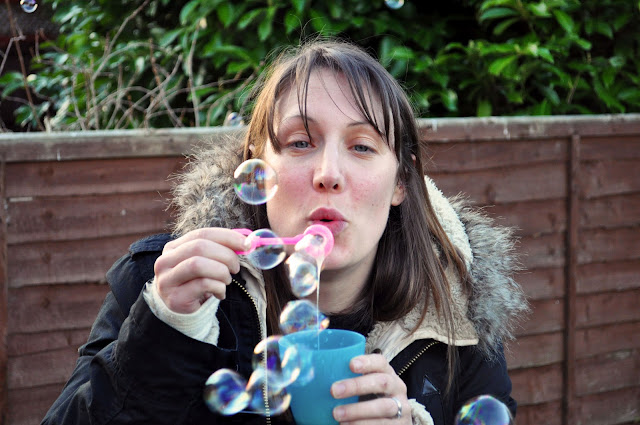 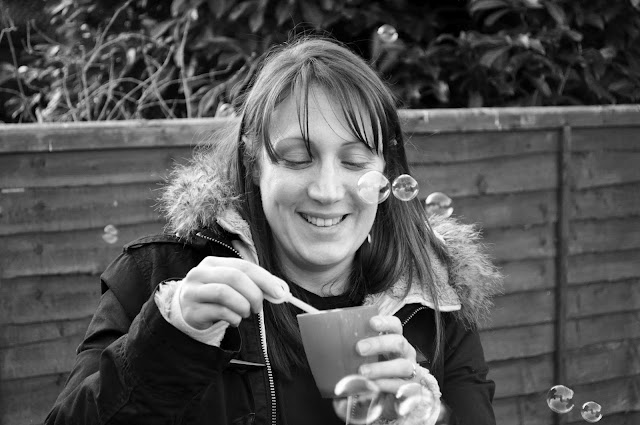 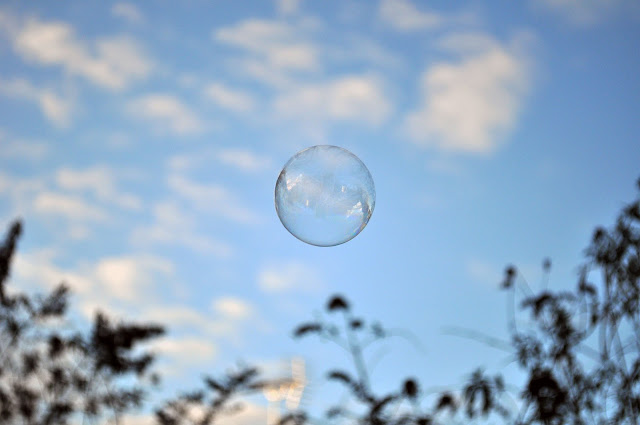 When Isaac was born the midwife said something to me that has never left me. She said 'You know, there has never been another Isaac and there never will be again.' How beautiful is that? He was brand new and completely and utterly unique.
Sometimes I wish I could talk to the teenage me who was only focused on the things I wasn't great at while completely disregarding all the things I was good at. I would shake mini Sian and say 'Just be yourself! So you can't count, who cares? It makes little difference to your life. Focus on what you can do easily. Those are the things that will bring you joy.' (I would also point out a few embarrassing drunken incidents to avoid because who wouldn't do that?) I am going somewhere with this honest. Basically I want my kids to figure this out earlier than I did.
Both me and hubby have been guilty of comparing the boys too. We have found ourselves saying 'hmm Isaac didn't have trouble with that'... Argh curse those words! We can't compare them they are completely different little people.
There is so much pressure on parents to see their children do things at the right time and compare them with other kids of the same age. The health visitor has certain things to look for and tick off on her check list but she isn't seeing past that.
Lucas may not speak properly yet or hold a crayon correctly but boy that kid is strong and climbs like a monkey. He is gentle with babies and small animals and his kisses would melt the coldest heart. And even without words the boy can hold a tune which is more than can be said for his tone deaf daddy. 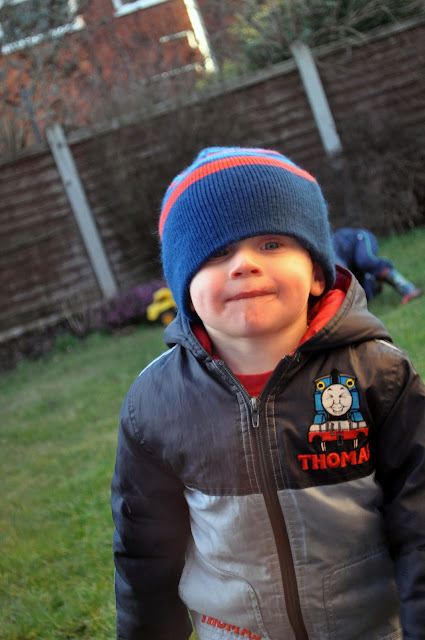 And Isaac may be too boisterous but he can also be so kind. He is confident and funny. And oh man he can make me laugh. He draws like a champ and both of them bust some impressive moves when I stick on Run DMC. It's like that and that's the way it is... 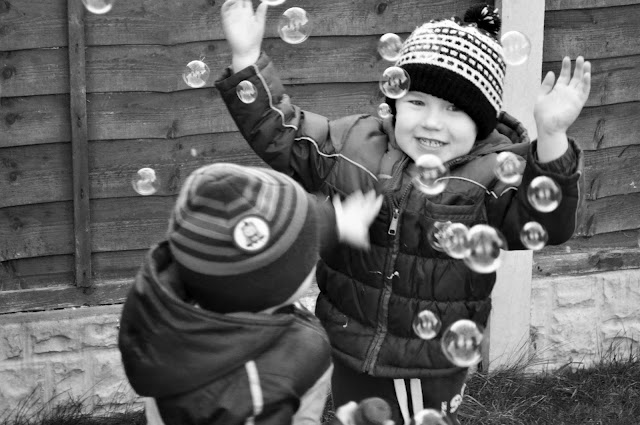 I think everyone (no exceptions) is born with unique strengths. Something that if nurtured they would excel in. The only problem is that as we grow older some of us (me included) listen to ourselves less and less and focus more and more on comparing ourselves with everyone else. We at best can only do a poor impression of everyone else.
Saturday morning was a sunny crisp day so I texted my friend that we were headed to park if she and her little one fancied joining us, all impromptu like. She did, so we met up at the park with our bikes and scooters. 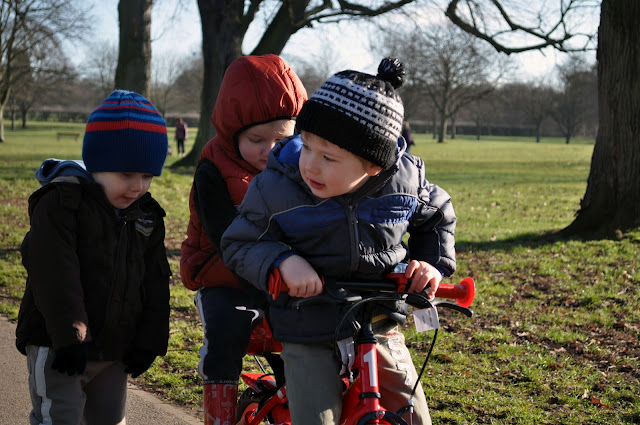 Isaac got a bike for his birthday but as of yet he can't get the hang of pedaling. He can pedal backwards but forwards is a whole other story. 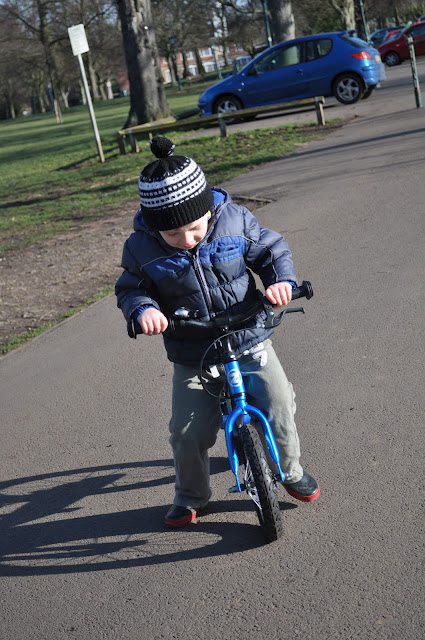 When we first got there I realised that both me and hubby were stressing over this as we watched other kids a similar age to Isaac ride easily past. 'No forward, push your feet forward...' we kept repeating, cue impatience. Then I realised we were doing it again. Stressing and pushing our kid because he hasn't got something some other kids have. Relax please!
If we give him lots of opportunities to ride his bike, he will eventually get the hang of it in his own time. And if he doesn't, we will let him join the circus so the world can enjoy his incredible backwards pedaling skills. And imagine the hits on You Tube. And Lucas will start talking. You never hear of adults who just never quite got the hang of that whole talking thing do you? 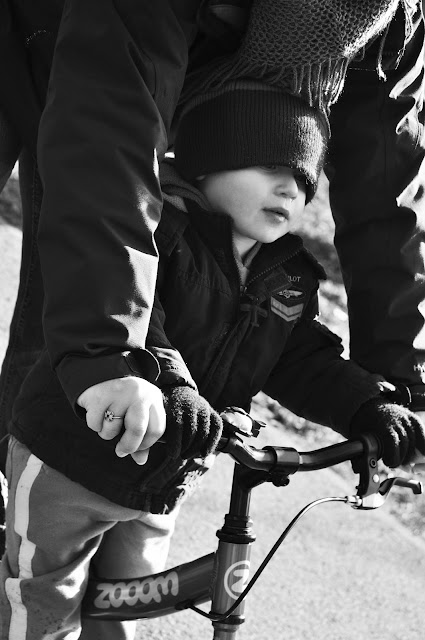 So the boys spent more of their time switching bikes and scooters with each other than they did actual riding but much fun was had. 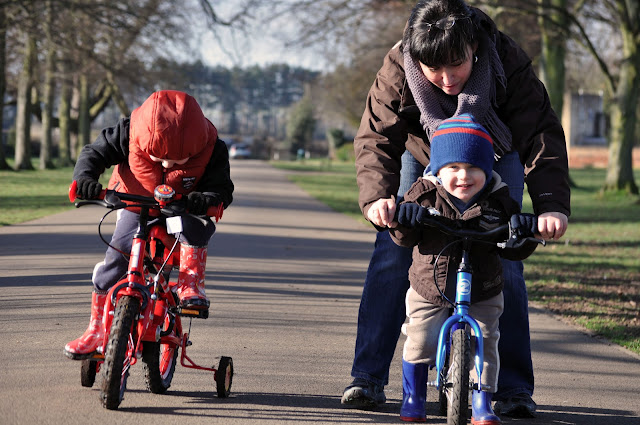 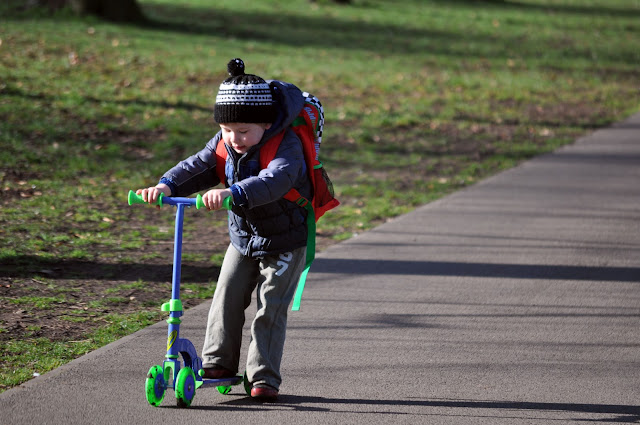 They also found a way cool den to play in... 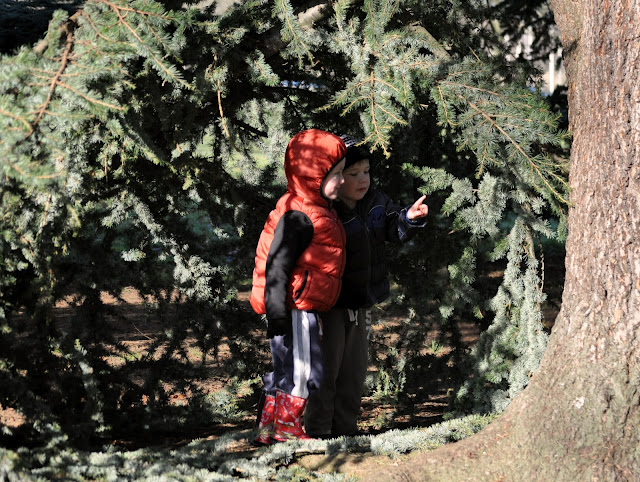 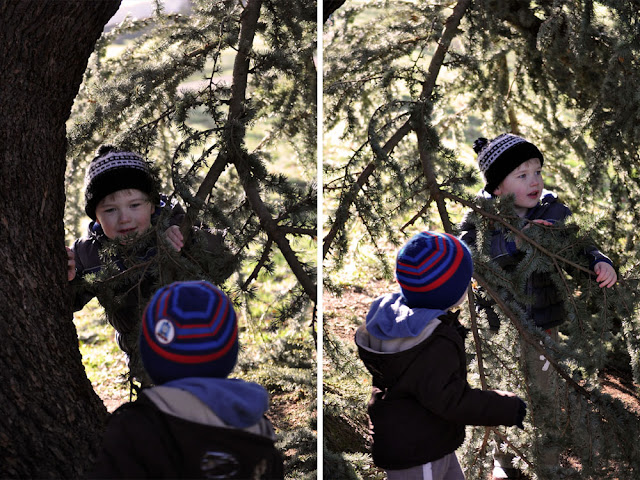 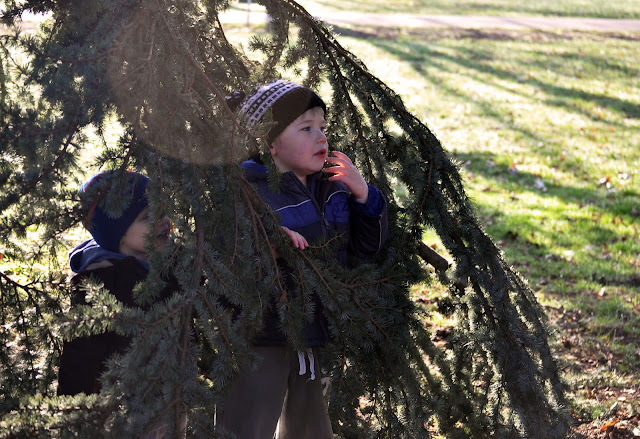 And a little climbing was done... 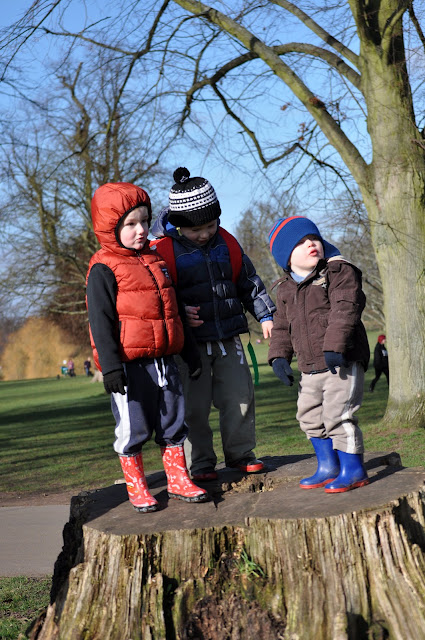 Yes I want Lucas to start talking and Isaac to be more gentle. But I really want them to enjoy being kids. I want  them to grow up to be themselves. Like only they can. I want to help them to be confident in who they are while playing to their unique and awesome strengths. 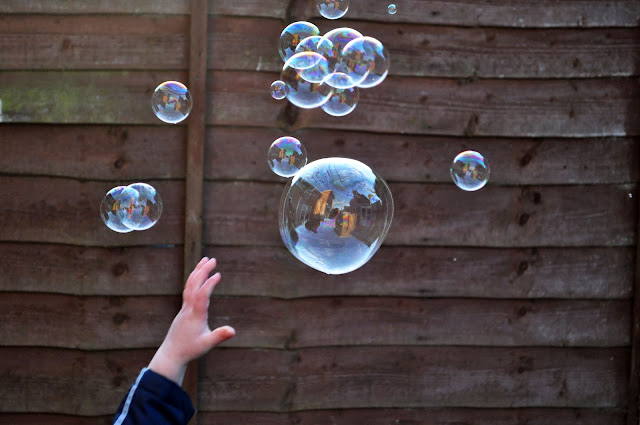 'Let your self be free to be what you will be...' (that Robert Henri dude again) 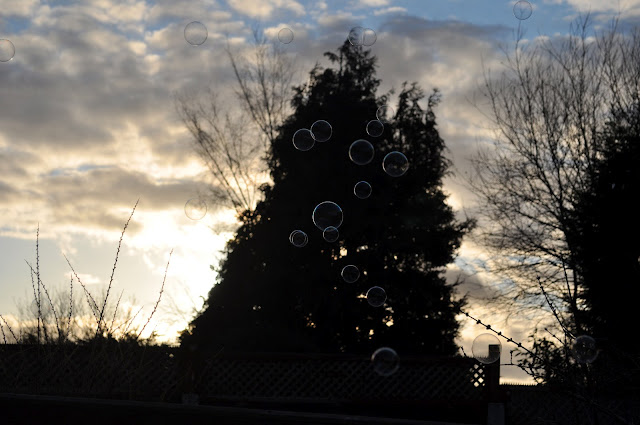