When my Nan died last February I was allowed to take some plants from her garden. I took a few things but the most important was one of her rose bushes. I have never grown roses before, thinking them hard to look after, so I was kind of terrified that I would kill this one. I placed it in the ground which was still hard and lifeless after a long winter. I hoped hard it would grow.
I looked at it all the time willing it to grow, to be okay, not to die as if there is some part of her in there.
I kept it watered and fed.I continued to look at it often as if that helps.I freaked out when I caught Lucas hitting the bush with a large stick over and over with absolutely no idea of this particular plants great importance.
Then there were buds. I counted them, forty-five in all, my mum told me that's a lot and that I should be pleased. I still have no idea what colour the roses will be but I picture yellow or pale pink in my head. One morning I found that it was covered in green wriggly caterpillars. I love caterpillars but I relocated them to another juicy site as this ones not for eating thank you. The next morning I found it covered (and I mean covered) in Aphids. Are you kidding me? Where's a ladybird or twenty when you need one? I spray them off with water but they are soon back. Am I being tested? Is locusts coming next?
Then the other morning Isaac called me to 'quick come see...' 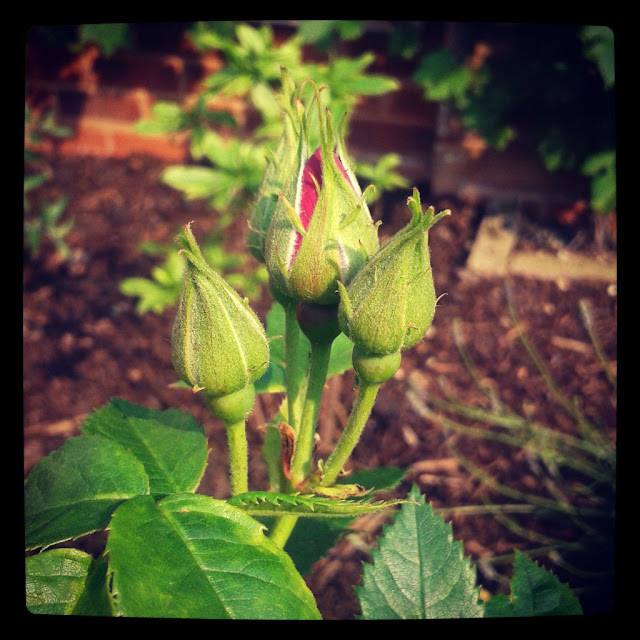 IT'S ALIVE!!!! And it looks like its going to be red. I jump around the garden like a crazy person. I wonder absently what the neighbours must think.Within a couple of hours it was this... 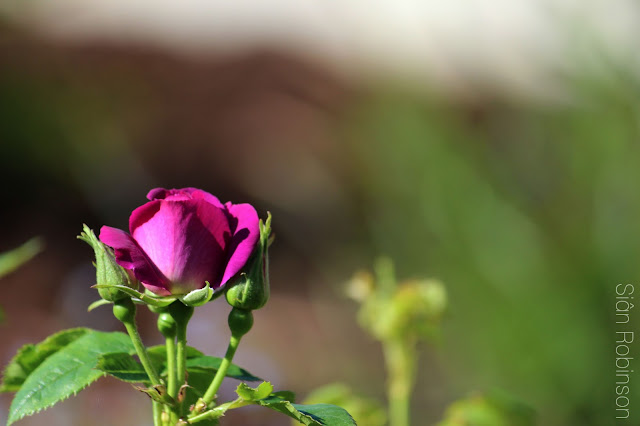 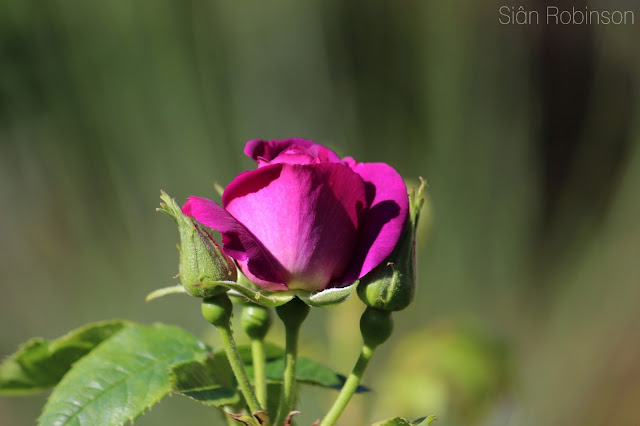 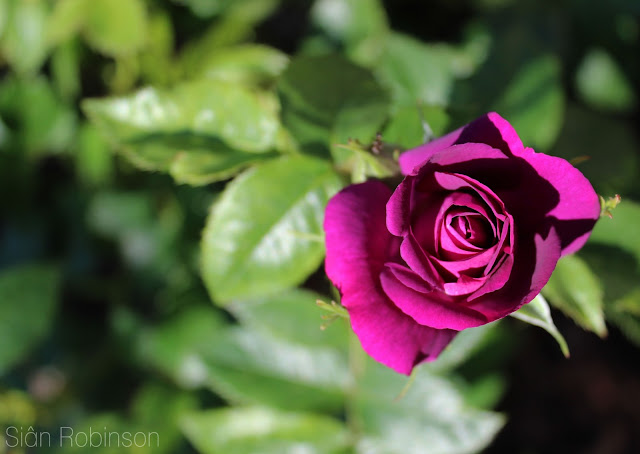 But the show ain't over yet. A few hours later it was full on open, gradually turning purple with white flecks inside. Is it always that quick? 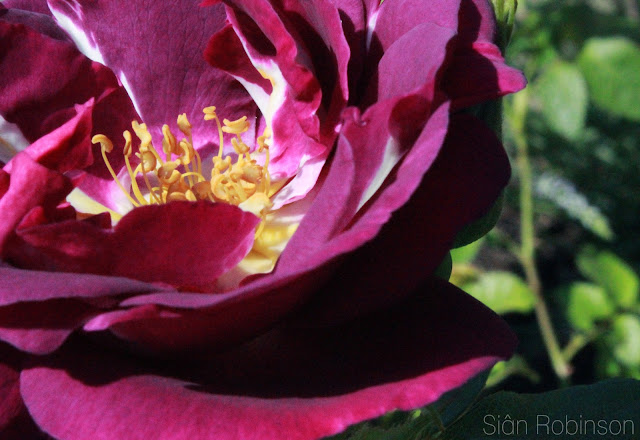 I have never been so happy so see a flower in my life. I read somewhere that you should feed it with Bonemeal once the flowers have made a show. Which I dutifully did. And there's no stopping it now... 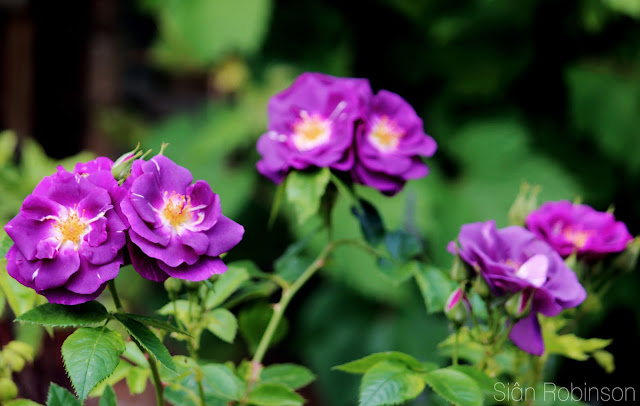 Okay so maybe I get what all the fuss is about when it comes to Roses. They certainly know how to put on a show. I'm still watching it carefully though and it makes me miss my Nan every time. In a good way...
Posted by Sian at 13:14