2 is definitely more work than 1

I thought one baby was hard work and it was because I didn't know what the hell I was doing. But somehow you work it out, you find a way. Then just as they start sleeping through the night and you feel you've got this whole routine thing licked, your hormones give you a nice big kick in your Uterus! 'I know' you think 'lets have another baby!' So almost exactly a year after Isaac was born I was pregnant with Lucas.

New baby is coming. 'Its alright' I think 'I know what I'm doing now!' (smug mummy mode) Turns out that even though they are both boys, they pop out completely different. Who knew?! And guess what? There is now TWO of them. You need eyes in the back of your head!

One of the things I was worried about was how Isaac would react to his new baby brother. I needn't have worried though, he loved him right away. He was always really gentle... 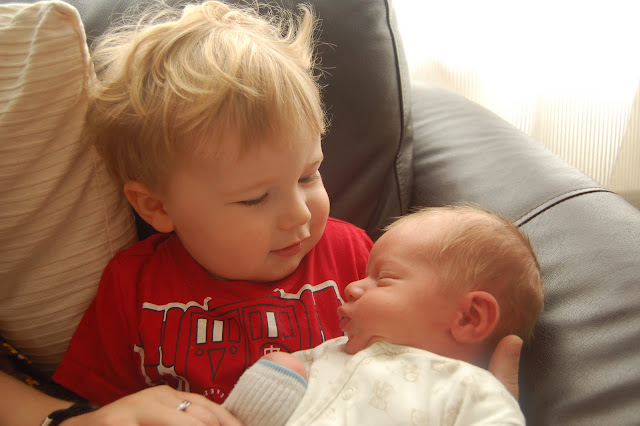 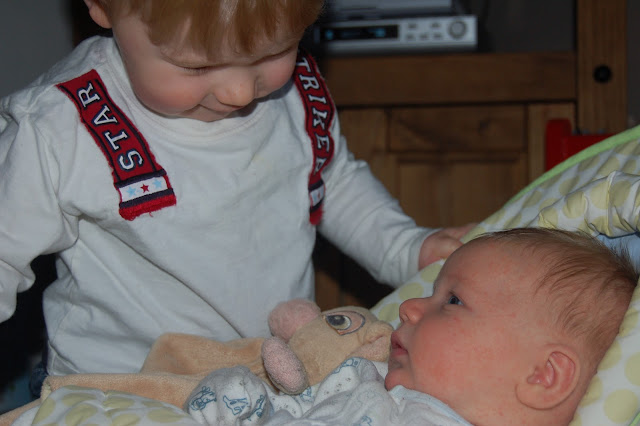 That is until Lucas started crawling and could get to toys himself. After that Isaac was not so gentle any more! Seriously I cant leave them for a moment. Not even to pee as you all know!

For this reason I don't have many pictures of them playing together nicely. However this one day they did, I don't know if it was showing off for the camera or what, but it was great. Here's the photos from that magical unusual day...

Now Lucas is a year old.

Hes sleeping through and his routine is rocking.

What's that you say Uterus?

ARE YOU FREAKING CRAZY?!