It just happened one day...

Recently we had the preschool photo shoot. They kindly offered to photograph little brother too. It didn't go well. It's not like they aren't used to a photo or two being taken of them. But instead of sitting and smiling at the camera. They opted for refusing to sit and nearly trashing the photographers equipment. Lucas finished it all off by having the biggest tantrum any child in the world has ever had. All the while, the other mums who were waiting their turn, eyed me with judgement. I walked home red faced with a screaming Lucas in tow. How embarrassing.

However the other day something happened all on its own. Lucas was ill and they were watching TV. I came in the room to find them cuddling on the sofa. I had to capture it. This kind of affection rarely happens without prompting.

I swear there was no set up. No sit here, hold still, hug each other while I take a photo, pretend you love each other goddamn it!!!

No wrestling, or pushing or anything...
It happened all on its own... 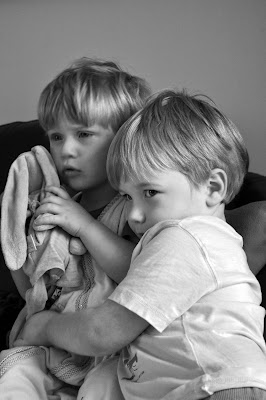 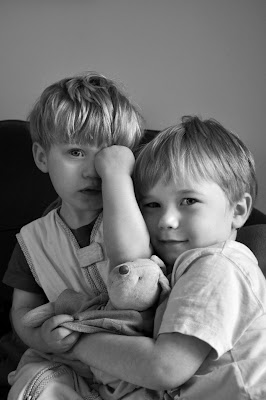 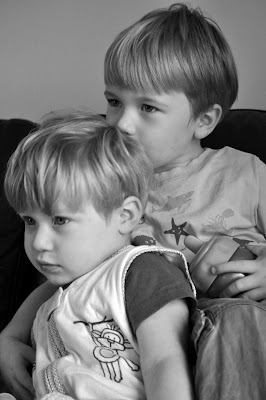 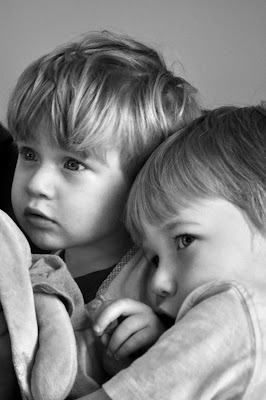 Heart melted all over the floor and I'm not cleaning it up.

Way better than a forced photo shoot any day of the week.
Posted by Sian at 10:25