The Flying back from Holiday story...

The story that made me weep at the time but looking back now is rather funny.

As some you of you know, we took our first family holiday abroad this year. We went to stay at Tim's family holiday Chalet (because he is half Swiss). (That makes us sound all posh and rich. Ha! That couldn't be further from the truth but lets keep up the pretense okay? So while you read this I want you to sip your tea while pointing your pinky finger up. As all posh people surely do)

Anyway so we were heading off to our Chalet... 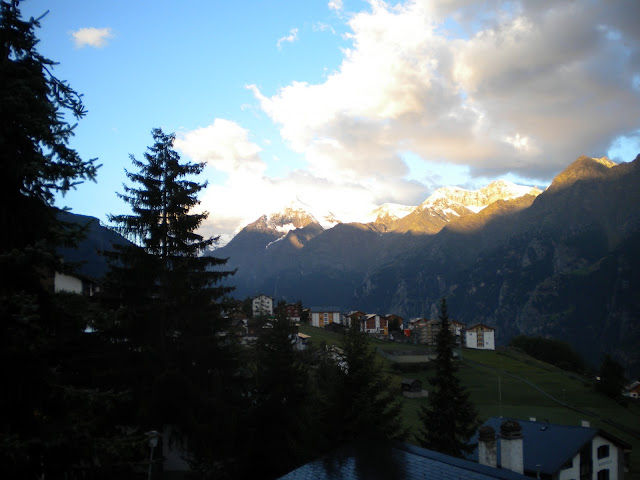 In truth I was REALLY nervous about the journey with a baby and a 2 year old. How will I get them to nap? If they don't nap will they have a melt down in front of everyone? Isaac has thrown some cracking good tantrums in the past. But never out in public. He's usually happy to be out seeing the sights and saying hi to anyone and everyone. I've never had to drag him out of the supermarket kicking and screaming or anything. But who knew how they would handle such a long journey?

To get to the Chalet there was:
2 hour drive to airport
Stay at airport over night all cramped in one room
2ish hour flight
4 hour train ride with changes
30Min bus ride
Short but excruciating steps up to chalet. (Trust me after a long journey and a wriggly heavy baby in your arms those steps would finish an athlete off.)

It was fine though. It was all so new and exciting. Plus there were clouds to look at on the plane and major mountains to look at on the train journey. We used snacks and a portable DVD player the rest of the time. Don't get me wrong it was long and stressful but no meltdowns so I was relieved. 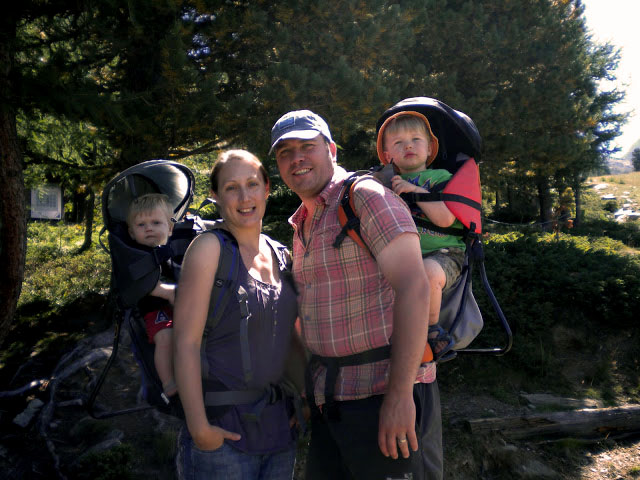 We had a great holiday. We had no reason to think the journey home wouldn't be much different... [insert foreboding music here...]

It happened for lots of reasons. They didn't sleep the whole bus/train journey to the airport. Rather than the flight being the beginning exciting part of the journey, it was the last. It was 10 o'clock at night so they were exhausted and it was too dark to see any clouds.

So what happened? Basically we are talking the mother of all tantrums from Isaac. He had had enough and he let the whole plane know it. He was kicking the seat in front so we had to hold him between us. That meant that he was then kicking and scratching us. (which he never does! you couldn't help but take it personally) But worse than that was the ear splitting screaming. I did something I always swore I would never do. I offered chocolate in reward for stopping. Even that didn't work so I knew we were in trouble...

It went on and on and on. The air hostess brought him some water telling him it was 'special' plane water which was immediate thrown on the floor. Of course during this time Lucas who looked like he might have gone to sleep, was crying too because Isaac was keeping him awake. In the end realising that I was THAT terrible mother with the screaming child. I did the only thing left to do. I cuddled him tightly and quietly joined in with the crying a little.

Then all of a sudden, minutes before landing after the longest flight in the entire history of the world, he stopped. Nothing was different, he just stopped. As we landed he started falling asleep. Unbelievable!  Of course he couldn't sleep then. We had to carry both boys off the plane, saying sorry to everyone while trying to avoid eye contact at all cost...

Whilst waiting for our suitcases me and Tim felt like we had just been through a trauma while Isaac chattered happily saying 'I went on a plane'. Like it never happened! We couldn't be mad at him. He was so tired and in my opinion when children have tantrums they aren't trying to be naughty. They are overwhelmed by their emotions, completely out of control and it scares them too. So we then drove home in shock while they both slept soundly in the back. There are worst things in life I guess and luckily we never have to meet those people on the plane ever again.

Now he LOVES planes?! He plays with them, makes them from Lego and every night before bed he says 'I go on a plane tomorrow yes?' hmm maybe not tomorrow... 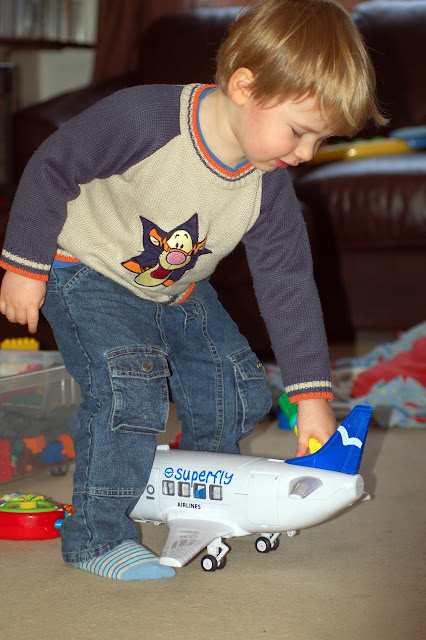 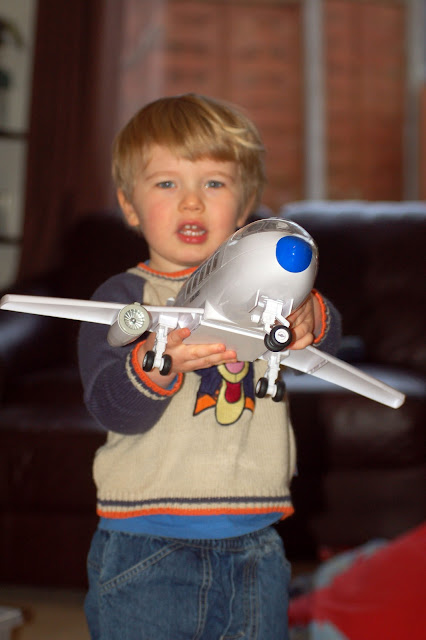 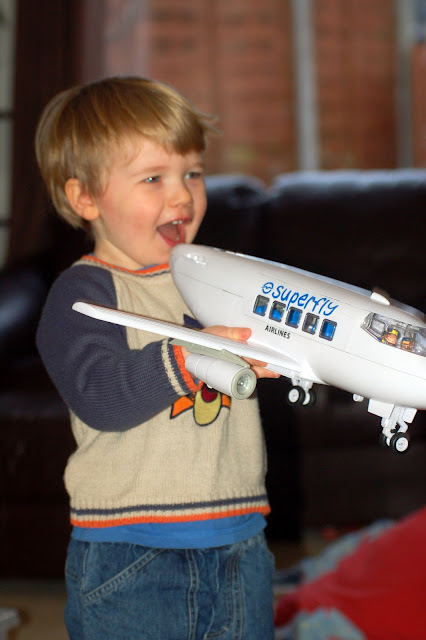