Some of you will know that Hubby is an awesome cook. Like amazing! Me not so much. I used to cook but since being with Tim I'd rather eat something edible you know. Plus the fact is Tim cant bare even to watch me chop something (not doing it right apparently) let alone cook a whole meal. I'm not complaining though its great!
Anyway this week Tim decided to make pizza from scratch after some hinting from me. His pizza is so yummy. Then we thought why not let Isaac have a go? I helped in no way at all, getting in the way, taking photos hee! 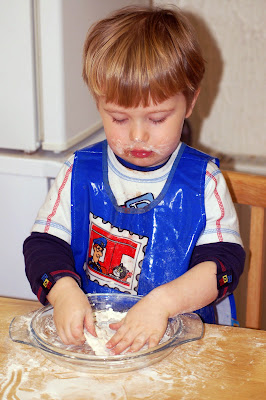 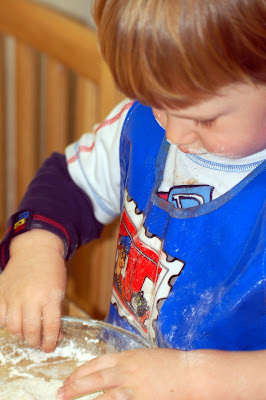 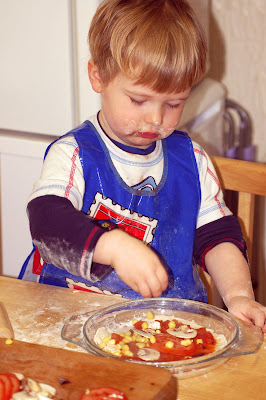 As you can see he didn't look up once for a photo he was concentrating so hard on his pizza. He was so well behaved as well. Turns out, in our family, we don't mess about when it comes to food.

Here is his first ever Pizza after it had cooked in the oven. I should have taken a photo of him eating it as well but we were all too busy eating... 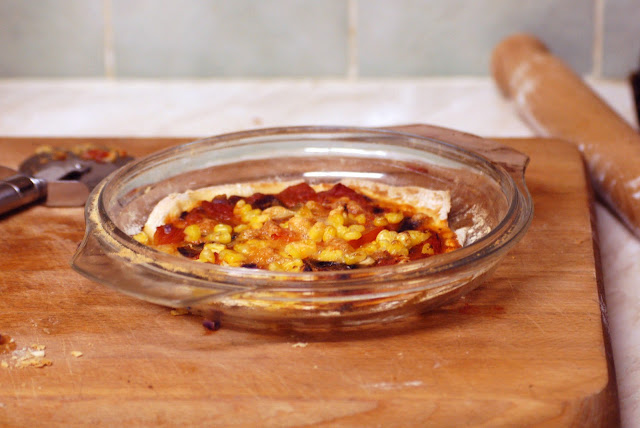